It is known from research that people with Parkinson’s tend to have significant D3 deficiencies. Vitamin D plays an important role in mood regulation, as well as nerve and brain health.

Vitamin D3 is a potent antioxidant. It increases the expression of glutathione in the body which is a hunter of free-radicals. Vitamin D3 also regulates nerve growth factor (NGF) which plays a critical role in the healthy function of the nervous system. NGF affects the plasticity and transmission of neurons. Therefore, if you have a vitamin D3 deficiency, your nerves will not function normally.

Everyone gets vitamin D3 when they are exposed to sunshine. The effects of sunshine last around 2-3 months. This means that people are generally prone to having a deficiency in the wintertime. It is very important to get your vitamin D levels tested in order to protect your brain health as best as possible. Protecting your brain health and nervous system will lower your risk of getting Parkinson’s in later life.

A review of 20 studies[4] demonstrated that individuals whom had higher levels of Vitamin D seemed to have a lower risk of developing Parkinson’s disease and it is largely due to it showing to exhibit neuroprotective effects through antioxidative mechanisms, neuronal calcium regulation, regulation of the immune system, enhanced nerve conduction and detoxification mechanisms.

The vitamin D receptors and an enzyme responsible for the formation of the active form 1,25 (OH) 2D have been found in high levels in the substantia nigra, the region of the brain affected most by Parkinson’s disease. This raises the possibility that chronic inadequacy of vitamin D leads to the loss of dopaminergic neurons in the substantia nigra region and further Parkinson’s disease. 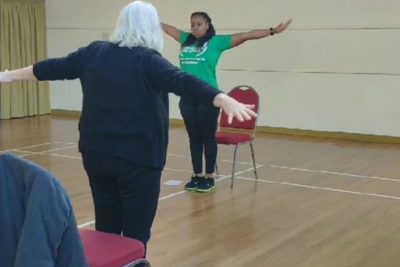