How music accompanies my Parkinson’s journey 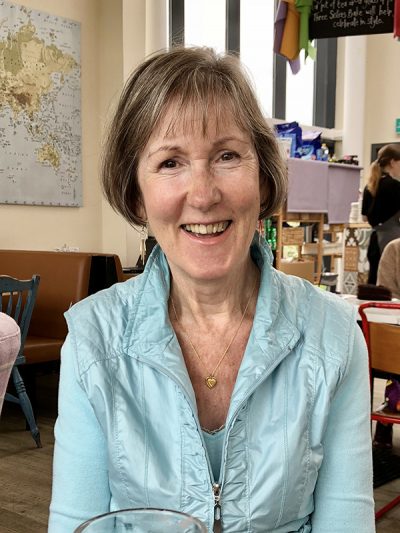 I have played piano since the age of seven and taught music all my life, so it is not surprising that my mobility problems initially became evident to me while playing the piano. I had been asked to demonstrate a new piano, which the local church was considering buying, but while playing I found that I could not move the fingers of my right-hand as quickly as those of my left. For the next eighteen months doctors and physios gave me various diagnoses from trapped nerve to dystonia. When I finally consulted a neurologist, the diagnosis of Parkinson’s was a complete shock.

Over the next few weeks, I deteriorated quickly as I mentally tried on the mantle of Parkinson’s. I was frightened and in shock and I was grieving for the life I thought I would no longer be able to lead. I confess that I stopped playing the piano. I did not want to witness my ability becoming more and more restricted and I mourned for my loss.

Then, three years later, I chanced to hear about a man who had improved his Parkinson’s symptoms by carving chess pieces for hours every day. I decided that if carving pieces of wood had helped him then perhaps playing the piano would help me. But I was to find that it was noteasy.

Hearing the lovely warm sounds of my beautiful baby grand piano again, lifted my soul, but initially I found that I could only play one slow easy piece before the effort of controlling my fingers left me physically exhausted. However, I am quite a determined person and after six months trying every day, I could play two pieces before I had to lie down! I did not want people to know what I was doing, though, in case they thought that I would soon be back to playing like I used to. Sadly, with Parkinson’s, rigidity restricted my finger stretch, bradykinesia challenged my speed and fatigue limited my efforts.

Yet I have persevered, and it is now four years since my return to the piano and I now play for an hour most days. It is a time when I am absorbed in what I am doing. I do not beat myself up if I have a bad day. I remind myself that it is therapy and it matters more that I play not how I play. At first, I had only hoped that practicing each day would mean that I could maintain my albeit limited ability in the face of a degenerative disease, but in fact I have found some of my former ability returning. The progress has been slow and has been more visible by comparing years than months. It has taken a lot of dogged determination. So why do I think this improvement might be happening?

I explain in my book, “Music is Medicine particularly in Parkinson’s”, how, when we listen to music, many areas of our brain are activated and I believe that, when I play, my brain could be using an alternative neural pathway to take the place of the one which, in Parkinson’s, is not working efficiently. Researchers have found that this is what happens when a person with Parkinson’s uses music to step to when they walk or dance. I started walking with music several years ago and it has certainly felt easier.

A few years ago, I began having problems with my speaking voice. I also developed problems swallowing. Drinking water would result in my coughing because some had gone the wrong way. Music once again came to my rescue, this time in the form of singing and most days I either sing with exercises on YouTube or I sing along with a playlist of my favourite songs. The good news is that you can make a less than pleasant sound and be completely out of tune, but it will still strengthen the muscles that look after your voice and swallowing. I am delighted to say that my speaking voice is now strong and loud, and I rarely cough when swallowing.

I listen to music through much of my day. It lifts my spirits, and slow music helps reduce any feelings of anxiety I have. It also prepares me for a better night’s sleep and is preferable to watching the news at this current time!

In March this year, a few days before self-isolation, I threw a party. I had reached ten years since my diagnosis and I wanted to give thanks that I was doing so well. There is no doubt that music has helped in many ways. It has helped me walk with a better gait, strengthen my voice and my swallowing, it has calmed me when I’ve felt anxious and lifted my spirits when I’ve felt down, and playing the piano has given me a means of self-expression. I am truly blessed.

“Music as Medicine particularly in Parkinson’s” by Daphne Bryan PhD is out now and is published by Clink Street.