At PCSUK, we believe that you can improve the way you live with Parkinson’s by using alternative therapies, treatments, supplements and managing your diet. We believe that the human body is like a vehicle, which will perform better according to what we put in and how we look after it. Here are some lifestyle changes that can be made that will help to improve your lived experience of Parkinson’s Disease. 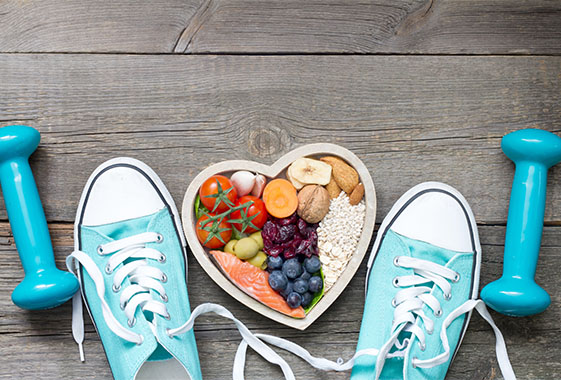 Regular exercise can dramatically slow down progression of Parkinson’s as well as reduce the motor symptoms associated with the disease, improve bradykinesia and postural instability. Therefore, exercising regularly is essential for people with Parkinson’s to maintain balance and mobility.

As people with Parkinson’s frequently have weakness, low muscle power and fatigue, older people with the condition are likely to be most at risk due to age related loss of muscle mass and function. Doing 20-30 minutes of exercise a day or 2.5- 3hours a week can improve these problems. Exercise not only improves muscle strength and function but has additional benefits such as:

There are many different types of exercise and each kind can benefit a person with Parkinson’s. The type of exercise along with the intensity and consistency will determine how much benefit you get from it.

Some exercise that have proved to be particularly beneficial to those with Parkinson’s include: 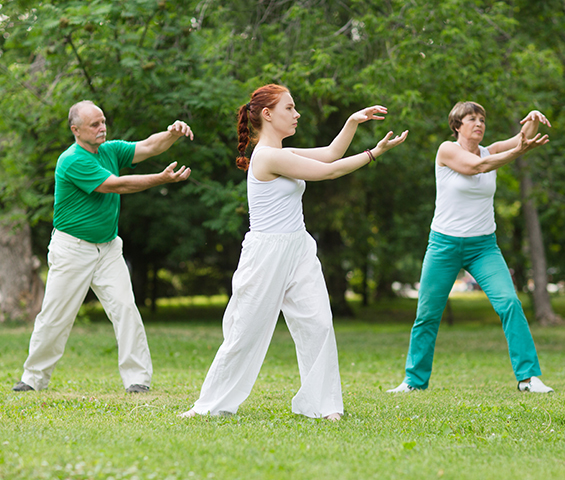 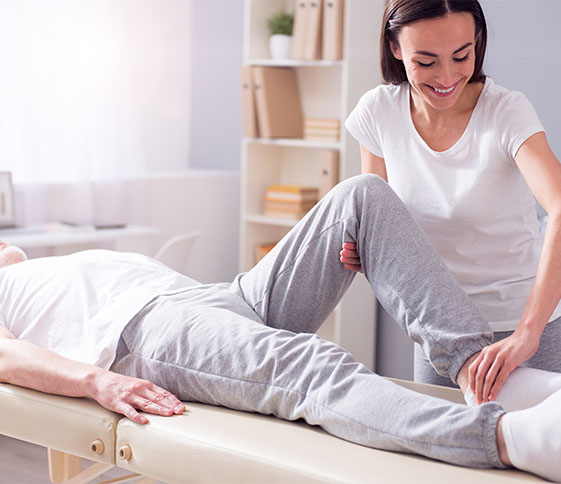 The main principle of this type of physiotherapy is to promote normal movement by kick-starting the message pathways that your brain is struggling to use, to make new pathways through repetitive actions and exercises. It involves looking at posture and movement in order to retrain you in gaining or regaining function. Physiotherapy programmes can be carried out at hospitals, health clinics or if you would like to receive physiotherapy from a PCSUK therapist, this would be at home. Treatments will be tailored to the individual, but could include some of the following principles:

The Neurological Physiotherapy offered at PCSUK is often a combination of physiotherapy and home exercise that compliment each other along with advice and strategies to cope with difficulties such as freezing and prompting movement in different situations.

Neurological Physiotherapy is offered at PCSUK and is subject to assessment. If you would like to know if you qualify to receive this home based therapy, please email physio@parkinsonscare.org.uk and we’ll send you an assessment form.

Parkinson’s Disease can also affect your speech and swallowing. Dysarthria is the term used to describe difficulty with speaking and dysphagia means difficulty swallowing. Both of these can be severely limiting symptoms of Parkinson’s but can be helped by seeing a speech pathologist or speech therapist.

How to maintain and enhance your speech 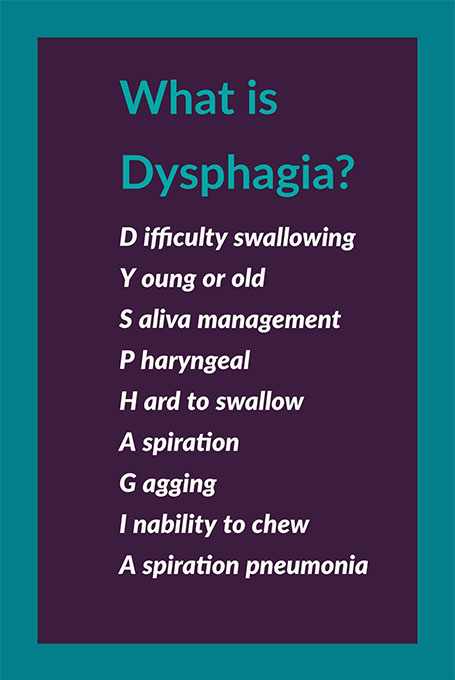 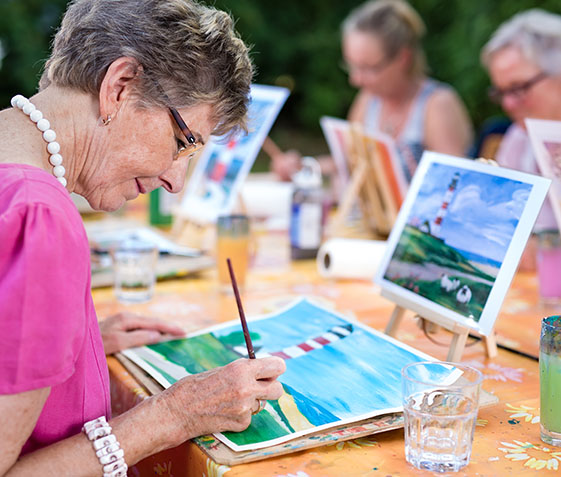 Engaging in art therapy has proven to improve the lives of those living with Parkinson’s.

There is no denying that the things we put into our bodies influence how our body performs. This is not just physically, but mentally too. With the new and exciting research suggesting that Parkinson’s disease could originate in the gut, it is no wonder that improving gut health is becoming very popular amongst people with and without the condition.

By focussing your efforts on a healthy and targeted diet, you can make great progress with your Parkinson’s and improve your quality of life by slowing down and even reversing the symptoms that affect you daily. Knowing the benefits of a specific and targeted diet could also prevent the onset of Parkinson’s disease altogether.

It has been over 12 years since the first study on Omega-3 was carried out by researchers at the University of Laval. This study amongst subsequent others, revealed how Omega-3 fatty acids protect the brain against Parkinson’s Disease. Research has shown that when mice were fed an omega-3 rich diet, they seemed immune to the effect of MPTP, a toxic compound that causes the same damage to the brain as Parkinson’s. This compound, which has been used for more than 30 years in Parkinson’s research, works faster than the disease itself and is just as effective in targeting and destroying the dopamine-producing neurons in the brain. By contrast when mice were fed an ordinary diet and injected with MPTP, symptoms of Parkinson’s developed including a 31% drop in dopamine-producing neurons and a 50% decrease in dopamine levels.

Omega-3 fatty acids, like EPA and DHA, are critical for normal brain development and function across the lifespan. Low levels of EPA and DHA increase the risk of neurodegeneration, whereas omega-3 supplementation can help reduce neuron death in the brain, alleviate neuroinflammation, boost antioxidant enzymes, and relieve motor symptoms in PD. Researchers suggest that the protective effect against Parkinson’s comes essentially from DHA.

A high intake of fresh vegetables, fruits, nuts and seeds are associated with a reduced risk of PD development and slower disease progression. These plant- based foods that are high in fibre, boost levels of an anti-inflammatory group of gut bacteria that are inversely associated with Parkinson’s disease and may play a protective role against neurodegenerative processes in the brain.

Short-term supplementation of vitamin D in high doses may improve balance in people with Parkinson’s disease younger than 66, according to results of a Phase 2 pilot study led by Amie Hiller. Studies have shown that vitamin D supplementation reduces fall rates and improves balance in older people. While it has been suggested that higher doses of vitamin D are more effective than lower ones, more recent evidence suggests that higher doses in older populations may have the opposite effect, being associated with more frequent falls and fractures 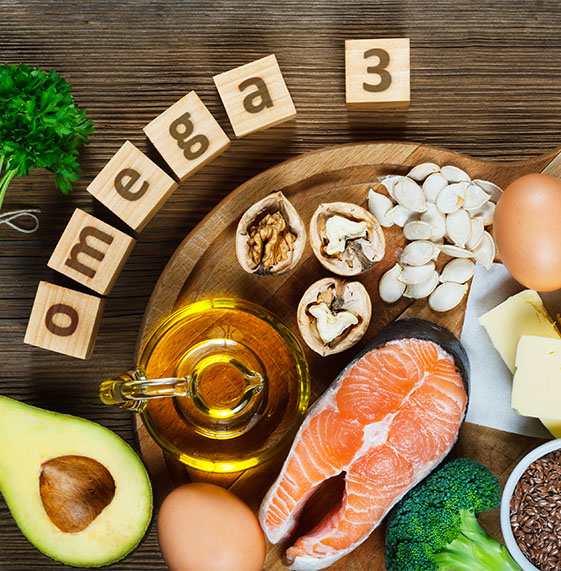 Looking after your Gut

Gut dysbiosis is an imbalance of bacteria and microbes in our bodies and may play a pivotal role in the development and progression of Parkinson’s Disease.

Probiotics are live bacteria and yeasts that are good for you, especially your digestive system. We usually think of these as germs that cause diseases. But your body is full of bacteria, both good and bad. Probiotics are often called “good” or “helpful” bacteria because they help keep your gut healthy. Probiotics have the potential to help with onset of the disease, as well as management of its symptoms.

A combination of Lactobacillus acidophilus and Bifidobacterium bifidum, L. reuteri, and L. Fermentum are the most common types of probiotics that can be found in fermented foods, such as yogurt, cheese, soy products, tempeh miso, kefir, buttermilk, cured meats, sauerkraut, sourdough bread, certain wines and vinegars have been found to relieve constipation, improve insulin sensitivity, and improve antioxidant status in people with PD, thus correcting several of the characteristic features of the disease.

Higher levels of proinflammatory cytokines are found in Parkinson’s Disease patient’s brains and inflammation is thought to be a major contributor to the neurodegeneration.

A recent study from the University of Piemonte Orientale, Novara, Italy, showed that probiotic strains reduce the release of cytokines and ROS (Reactive Oxygen Species) by peripheral blood mononuclear cells of Parkinson’s Disease patients and healthy controls. Particularly, L. salivarius (a probiotic bacteria species that has been found to live in the gastrointestinal tract and exert a range of therapeutic properties including suppression of pathogenic bacteria) and L. acidophilus showed the best profiles in Parkinson’s Disease- peripheral blood mononuclear cells, being able to significantly decrease all the pro-inflammatory cytokines and increase the anti-inflammatory ones. The same strains were also able to significantly reduce ROS production in both Parkinson’s Disease and HD-PBMCs

Some studies have also suggested that probiotics may represent a promising strategy to counteract the detrimental immune activation that takes place in Parkinson’s Disease.

GOS (Galactooligosaccharide) is a fermentable fibre and is not digested until it reaches the large intestine. Once there it is consumed by friendly bacteria, in particular Bifidobacteria and Lactobacilli, increasing their numbers and improving the balance and diversity of your gut microbiota.

FOS (Fructooligosaccharide) is naturally found in chicory, onions, asparagus, wheat, tomatoes and other fruits, vegetables and grains. They also can be from cane sugar and seaweed.